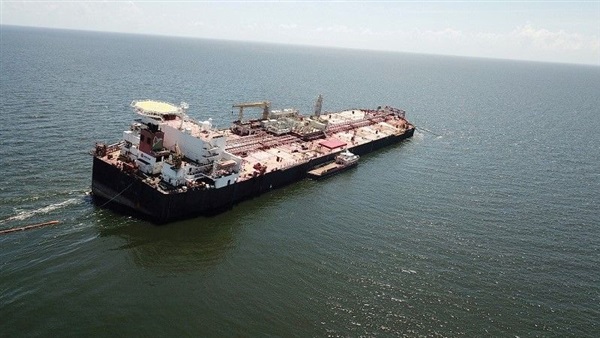 The UAE emerges as a hub for companies helping Venezuela evade US sanctions on its oil sector, the agency reported.

The agency stated that Abu Dhabi pledged to investigate this after disclosing three Emirati companies involved in the smuggling of Venezuelan oil.

According to the agency, Washington hinted at imposing sanctions on Emirati companies.

In details, the agency stated that the oil shipments managed by the three Emirati companies represent about 4% of the value of Venezuela’s oil exports.

It stated that 3 Emirati companies had organized shipping operations to export oil from Venezuela during the last half of this year.

It is noteworthy that Washington has imposed, since April 2019, an embargo on Venezuelan oil.

Every American company is prohibited from purchasing oil from the National Oil Company of Venezuela or its subsidiaries.

The ban also prevents every foreign entity from using the US banking system to supply Venezuelan black gold.

Venezuela’s oil production declined to an average of 780,000 barrels per day in March.

According to OPEC figures, this compares to nearly two million barrels per day at the end of 2017.

Venezuela has been experiencing tension since January 2019, after Juan Guaidó, the speaker of parliament and leader of the opposition, announced his right to hold the presidency until new elections are held temporarily.

Later, the US President Donald Trump recognized Guaido as interim president of Venezuela, and Canada and countries from Latin America and Europe followed suit.

Two weeks ago, Washington again imposed sanctions on companies in the UAE for defrauding the sale of Iranian products, in violation of Washington’s sanctions against Tehran.

Sanctions were announced against companies based in China and the UAE.

These companies have been accused of supporting the sale of Iranian petrochemical products.

In the meantime, Washington is mounting pressure on Tehran even as President Donald Trump’s term approaches its end.

The US Treasury Department said that it had blacklisted four entities to facilitate the export of Iranian petrochemical products by Trilliance Petrochemicals Ltd., which Washington has targeted with sanctions this year.

Emirates Leaks observes: The UAE receives the new government in Yemen with explosions