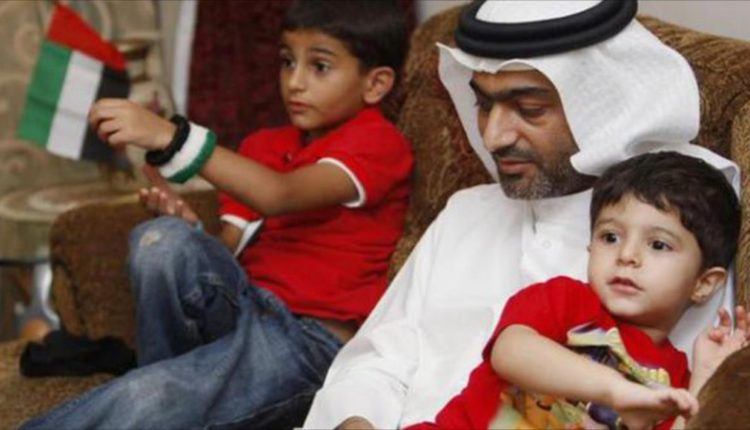 The ruling regime in the United Arab Emirates, which is involved in repression and tyranny, continues to ignore the warnings of international human rights organizations about the deterioration of the of Ahmad Mansoor’s health, who has been on hunger strike for about a month.

“Ahmed Mansoor is risking his health to call attention to his deeply unjust imprisonment simply because he advocated for the kind of tolerant, progressive society the UAE claims to be,” said Sarah Leah Whitson, Middle East director at Human Rights Watch.

the agency quoted a source close to Mansoor saying that his “health is worsening, and he appears to have suffered massive weight loss.”

The organization called on the UAE authorities to “immediately and unconditionally release Mansoor so that he can continue to serve as a voice for justice in a region desperately in need of it.”

According to the organization, “after an unfair trial,” Mansoor was sentenced in May 2018 to 10 years’ imprisonment for his peaceful demand for reform.

The organization said that Mansoor won the prestigious Martin Ennals Award for 2015 and a member of the Middle East and North Africa Advisory Committee at Human Rights Watch, the organization whose members have joined in calling for the immediate and unconditional release of Mansoor.

Amnesty International’s Middle East Research Director, Lynn Maalouf said ” As a human right defender, arrested solely for peacefully exercising his right to freedom of expression, Ahmed Mansoor should never have been tried and imprisoned in the first place, and we are greatly concerned that his lengthy hunger strike would result in the deterioration of his health.”

She stressed that “Ahmed Mansoor’s only ‘crime’ was to express his peaceful opinions on social media. It is outrageous that the authorities are so vindictive towards him, especially after branding 2019 as the ‘year of tolerance.’ He should be released immediately and unconditionally.”

“Pending his release, the UAE authorities must ensure that Ahmed Mansoor’s detention conditions are improved in line with international standards and that he has immediate and regular access to his family and any health care he may require.” She said.

The UAE authorities arrested Mansoor on March 20, 2017. For more than a year, he was denied access to a lawyer and while he received very limited family visits.

On December 24, 2018, the Federal Supreme Court, the UAE’s highest court to hear cases of state security, upheld the penalty, eliminating his last chance of early release.

In April 2011, the UAE authorities detained Mansoor for his peaceful demand for reform. In November, after an unfair trial, the Abu Dhabi Supreme Federal Court sentenced him to three years in prison for insulting senior officials in the country.

Although the President of the UAE, Sheikh Khalifa bin Zayed Al Nahyan, pardoned Mansour, the authorities did not return his passport, which de facto imposed a travel ban on him. He was also subjected to physical attacks, death threats and surveillance by the authorities using an advanced spy program.