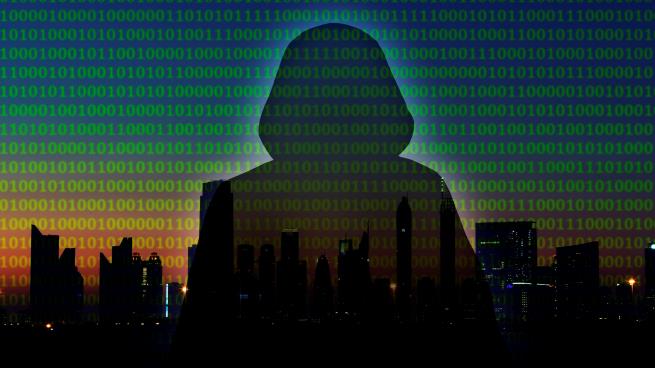 The United Arab Emirates spy cell, which two of its members were recently arrested, has carried out suspicious security missions inside and outside Turkey, according to reliable sources.

The sources pointed out that Mohammed Dahlan, an adviser to Abu Dhabi ruler Mohammed bin Zayed is behind the formation of the UAE spy cell to serve foreign conspiracies.

The sources said that Dahlan commissioned a close associate, Zakaria Shabat, with instructions from the UAE intelligence to form a spy cell in Turkey. The cell includes Samer Shaaban and Zaki Mubarak, who were recently arrested by the Turkish security forces.

The aim of the cell plan in its first phase is to collect information about Turkish President Recep Tayyip Erdogan, ministers and legal figures in the country, as well as information on the security and military establishment in Turkey and the Muslim Brotherhood.

The second stage of the scheme of the UAE spy cell is the formation of security and military cells in Turkey and then start carrying out dangerous security tasks in the country.

The UAE spy cell began its work under the title of foreign investors by renting apartments and buying modern cars to enhance the cover.

The members of the cell were contacted directly and through a secret code designed to start implementing complex security missions for the UAE inside and outside Turkey, including many countries including Lebanon, Indonesia, and Malaysia.

Meanwhile, the Turkish Public Prosecutor’s Office in Istanbul announced today that one of the suspected spies in favor of the UAE detained in Turkey, committed suicide in prison.

The prosecutor said in a statement that the detainee “Zaki Mubarak on charges of spying for the UAE, was found hanging with the door of the bathroom in his solitary cell at the prison,” Salvary “, at 10:22 local time on Sunday evening.

Prosecutors said the suspect was arrested on April 19 for “political, military and international espionage, for the benefit of the UAE.”

The statement added that one of the prison staff saw Zaki hanged on the door of the bathroom while distributing food to the prisoners. The statement indicated that the staff member had immediately informed the prison officials of the incident.

The statement pointed out that the competent authorities began to investigate in this regard, and examined the body of the detainee in the forensic medicine department in Istanbul.

Earlier, media reports of the suicide of the Palestinian Zaki Mubarak, one of the detainees accused of spying for the UAE, as reported by the Turkish authorities the Palestinian embassy in Ankara.

A senior Turkish official said the two suspects had been arrested earlier this month and admitted to spying on Arab citizens, adding that Turkey was investigating whether the arrival of one of them was linked to the killing of Saudi journalist Jamal Khashoggi.

The official said that one of the detainees arrived in Turkey in October 2018, days after Khashoggi’s death, adding that the other was to “ease the workload of his colleague.”

“We are investigating whether the first person’s arrival in Turkey was linked to the killing of Jamal Khashoggi,” he said, adding that he had been under surveillance for the past six months.

“It is likely that there was an attempt to gather information about Arabs, including political opponents, who live in Turkey,” he said.

The two men were arrested in Istanbul as part of an anti-espionage operation, and Turkish officials confiscated a computer that was hidden in the spy network’s headquarters, the official said.

The same official, who asked not to be named, said the two men’s comments suggested that their operation was aimed at politicians living abroad and students.

Judicial sources said on April 19 that the public prosecution referred them to the judiciary after completing their legal proceedings against them, while the Criminal Court of the alternation in Istanbul ordered the imprisonment of those arrested for spying.