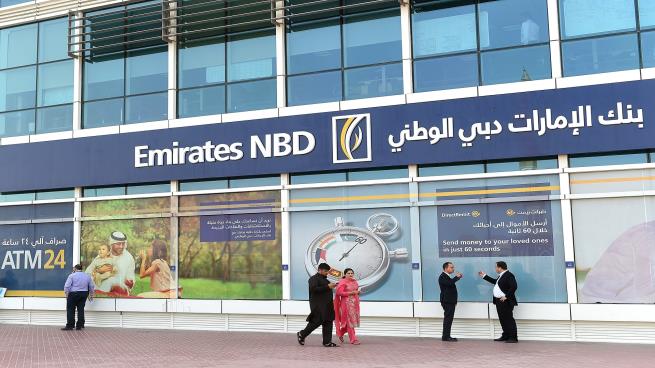 The UAE Central Bank, in cooperation with the Emirates Bank, launched a program to schedule and monitor the debts of citizens in a new step to curb bank failures, which have started to increase in recent times, warning of a financial crisis in the country.

The central bank said in a bulletin on its website that the program comes to alleviate the debt burden of citizens, explaining that the idea revolves around rescheduling loans which exceed the monthly installments of 50 percent of the salary and more than four years.

He pointed out that the program aims to reduce the monthly deduction to 50% of salary or 30% of the pension, and thus write off future benefits resulting from these loans.

The program will cover consumer loans granted prior to May 2011, personal loans, auto loans, overdraft facilities, and existing credit card balances. But it won’t include mortgage loans or loans for shares or deposits, according to the Central Bank publication.

The banks participating in the program will communicate with their customers and announce the start of receipt of applications for the program beginning next April, while the central bank will monitor the application of citizens’ loans closely, according to the publication.

Arthi Chandrasekaran, a banking analyst at Shuaa Capital, a UAE-based firm, told Bloomberg in January that the bank’s bad loan provisions would increase as a result of the increased defaults.

According to Bloomberg, UAE banks are being cracked by rising defaults, rising interest rates, falling real estate prices and the vulnerability of small and medium-sized businesses, in light of the economic downturn.

Last December, the central bank ordered banks to check the creditworthiness of their customers in the Union’s credit information database before issuing checkbooks under strict measures to tighten banking restrictions.

In October, the Central Bank amended the conditions for the transfer of individual loans from one bank to another. He said that banks and finance companies were obliged not to increase the repayment period and other facilities for individual loans if transferred to another bank or company.

Data released by the Federal Competitiveness and Statistics Authority earlier this month revealed that the UAE economy is entering a recession, which threatens to expose the various sectors to further pressure.

The report showed that the inflation rate entered negative territory on an annual basis, recording 2.39 percent in January. The inflation rate is negative for the first time since 2017, according to the data available from the Federal Authority, reported by the Anatolia Agency, on Monday.

Negative inflation, according to the classification of international financial institutions, including the International Monetary Fund, indicates a decline in economic activity and a decline in credit due to a decrease in money supply, which has a significant impact on production, pushing the recession and increasing unemployment and financial stagnation.