The UAE tightens its grip on an Emirati fled abuse 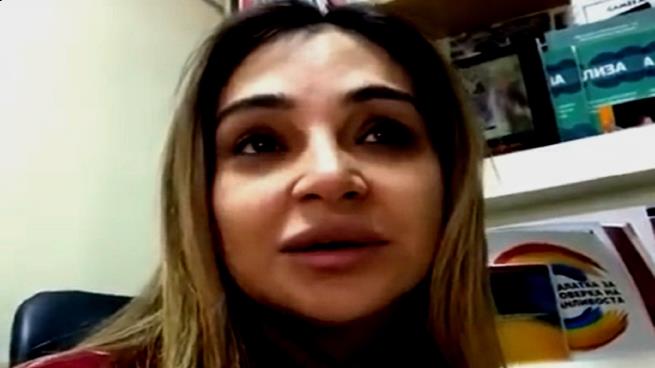 The UAE regime continues to crack down on an Emirati citizen who had fled to Macedonia to escape the reality of abuse and violations that reflects the inferno of the Emiratis in the country.

The abused Emirati, Hind Baluki, 42, left the Republic of Macedonia for Germany after the Skopje authorities rejected her asylum application.

Emirates Leaks had revealed days ago that the UAE authorities are exerting heavy pressure on Macedonia to reject Baluki’s asylum application.

The Interior Ministry said the Baluki had left the country through the international airport of Skopje. She explained that she received a request from UAE citizenship through her legal representative on February 13 stating that she wanted to leave the country voluntarily. The Baluki left the country after the Skopje Foreign Acceptance Center allowed it, the ministry said.

A mother of four, she arrived in the Republic of Macedonia from Dubai in October 2018. She says she is being abused and persecuted by her family for asking for a divorce from her husband and that her family has threatened to kill her. But the Macedonian Interior Ministry rejected the request for asylum in Baluki for “there is no basis to believe that it was persecuted.”

“We boarded the plane with Baluki heading to Europe. She is safe with me,” said French human rights activist Jeremy Devage on Twitter. It was learned that the Baluki went to the German capital Berlin.

On 7 December, the Macedonian authorities restricted the freedom of movement of the Baluki in order to “maintain public security and national security” and allowed her to remain in the center of the admission of foreigners in Skopje for three months. The Macedonian authorities have told Baluki to leave the country before 19 February, or she will be deported to Dubai.

Hind is the second Emirati to escape her country recently. Sheikha Latifa bint Mohammed al-Maktoum, the daughter of Sheikh Mohammed bin Rashid, ruler of Dubai, fled the “family abuse” in March 2018 before being sent home by a military force that raided the yacht in the Indian Ocean.