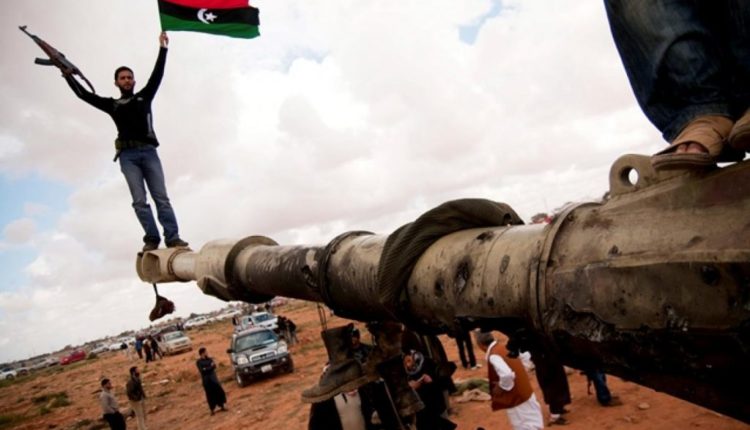 The UAE is not only funding militias such as war criminal Khalifa Haftar with military equipment and money, but also providing mercenaries to fight with him from Sudan and other countries, as confirmed by a report by the UN Panel of Experts on the International Sanctions Committee imposed on Libya.

The report said that UN member states violated the arms embargo with the start of the Haftar militia attack on the capital Tripoli, pointing out that Sudan violated through its Vice-Chairman of the Military Council Lt. Gen. Mohamed Hamdan Daglo (Hamidati), the international sanctions on Libya, to ban military support to the parties to the conflict.

The report said that a thousand Sudanese soldiers from the rapid support forces were sent to the east of Libya to protect Benghazi in July, and enable Haftar forces to attack Tripoli.

The report confirmed earlier information published by “Emirates Leaks” on the stationing of the Sudanese rapid support forces in southern Libya, and the dispatch of a Sudanese force following the signing of a contract between a Canadian public relations company and the Sudanese Transitional Council, to facilitate the latter’s financial support from Haftar.

The report said that the UAE violated the arms embargo by providing Haftar forces with an air defense system at al-Jufra base, near Gharyan, with unmanned aircraft carrying smart bombs and guided missiles, in addition to providing it with a modified warship, and provided with guns and offensive equipment. Several countries have magnified the Libyan conflict since 2011 and brought it into a new phase of instability.

Neither the RSF nor its commander, Mohamed Hamdan Doklo, has yet to react, but Tiba TV quoted a statement by the Sudanese Armed Forces spokesman, Brigadier General Amer Mohammed al-Hassan, as saying: For the national institutions of Sudan, “adding that” the rapid support forces are operating in accordance with international and international agreements, and that the Sudanese army is working to support them and enhance their success because of the professionalism of these forces.”

Hassan pointed out that “the Sudanese army is not a security company until it is at this level as stated in the alleged UN report,” stressing that “the army will not pay attention to such untrue rumors.”

In July, Haftar’s militia received support from the tripartite axis Egypt, Saudi Arabia and the United Arab Emirates in an attempt to resolve the battle to storm the capital Tripoli, which is under the control of the internationally recognized government of national reconciliation, after the defeat of Haftar militias, and expelled them from the strategic city of Gharyan .

Libyan and Egyptian sources involved in the Libyan file said that rallies are being carried out across the Egyptian-Western border and the southern borders of Libya, with Saudi-Emirati funding, pointing out to extensive agreements with African militias and armed men from countries surrounding Sudan to participate in the process of storming Tripoli in return for money.

The sources added that the UAE leaders concluded an agreement with the deputy chairman of the military council in Sudan, to provide Haftar militias with armed militias in Sudan, whose leaders have close relations with Humaidi, as he enjoys the support and support and strong relations with leaders of Abu Dhabi and Riyadh.

The report confirms the accusations made in July by UN envoy to Libya Ghassan Salameh, who said: “Airplanes, armored vehicles, pickup trucks equipped with heavy machine guns, recoilless rifles, mortars and rockets were recently transferred to Libya with the complicity and apparent support of foreign governments.”

A fighter jet from a foreign country took part in the attack on the migrants’ detention center in Tajura, near Tripoli, in July, according to the UN report.

While UN experts do not blame anyone for the attack that killed about 50 migrants, they point to possible links to attack aircraft by the UAE and Egypt.

UAE-Saudi Alliance of Normalization with Israel