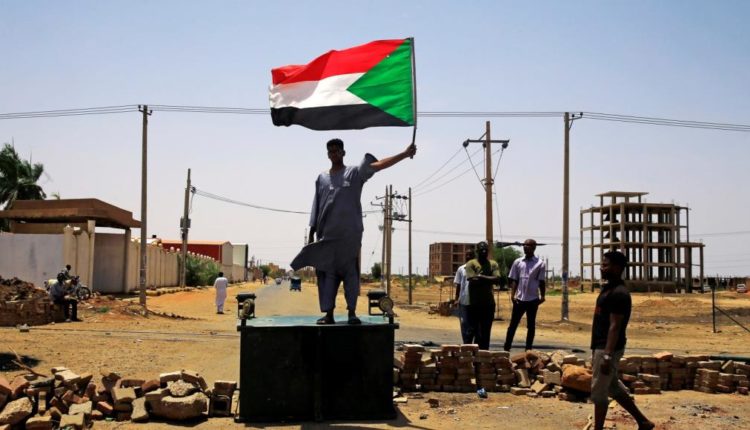 The well-known British journalist Robert Fisk launched an attack on Saudi, UAE and Egyptian attempts to abort the popular revolution in Sudan by providing generous financial support to the transitional military council in Khartoum, which is committing brutal massacres against protesters.

Bloated bodies in the Nile show Sudan protesters were right to fear the arrival of Saudi and UAE money to the Transitional Military Council, which is now in power in Sudan after the overthrow of the tyrants Omar Al-Basheir, wrote Fisk, a correspondent for The Independent newspaper in Beirut.

The writer says, “the dozens of waterlogged bodies being dragged from the Nile should focus our attention on the support which the Emiratis and especially the Saudis are now lavishing upon the pseudo-transitional military government in Sudan.”

The writer recalls the Saudi practices against prisoners, the killing of Saudi journalist Jamal Khashoggi in his consulate in Istanbul last October, and the war waged by Saudis and Emiratis in Yemen, adding that the two countries are solving political problems through “cruel death.”

The Sudanese journalist said that the Sudanese protesters want answers to the nature of the real relationship between the Gulf states and two actors in Khartoum, namely the commander of the rapid support forces Mohammed Hamdan Humaidati and the head of the Transitional Military Council, Abdul Fattah Burhan.

The Sudanese also want to know why Saudi Arabia and the United Arab Emirates have pledged $ 3 billion in aid to the Transitional Council, he said.

Fisk compared the events in Egypt, with popular protests that resulted in the succession of two regimes, one of which is democratically led by President Mohamed Morsi, who was later deposed, and the second headed by President Abdul Fattah al-Sisi, with what is happing in Sudan.

The British journalist says that the Sudanese rebels are afraid to face the same fate as the Egyptians and that the kingdoms of the Gulf are about to hit again generous support to Burhan and his companion Hamidati.

The United States found itself in a more embarrassing situation than in Egypt, he said, adding that it had not issued a “serious” statement on the Sudan People’s Revolution.

He concluded that the UAE, Saudi Arabia and Egypt did not want to spread democracy in Sudan before asking whether they had the power to abort the revolution or feared the influence of Sudanese democracy on their “authoritarian” regimes.