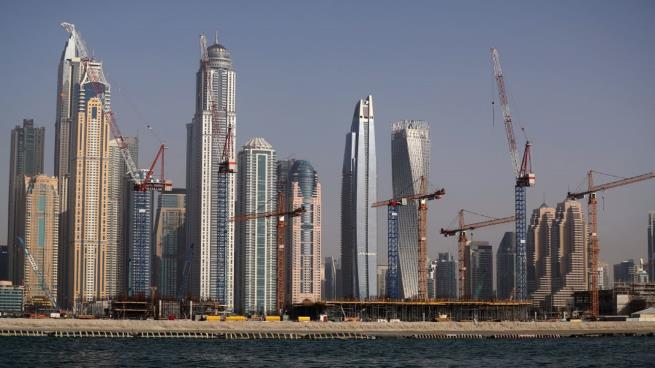 The adoption of new bankruptcy law in the Emirate of Dubai has a worrying sign in the light of the economic crisis escalation of the United Arab Emirates and the dark disadvantages left to the largest companies in them.

The emirate of Dubai has issued a new bankruptcy law to deal with corporate defaults, while official data in the UAE indicate a decline in growth as markets shrink and many sectors fall especially real estate, trade, and services.

According to an official statement, the law issued by Sheikh Mohammed bin Rashid Al Maktoum, Vice President and Prime Minister of the UAE, will be implemented as of August 28.

The statement said that the new law “aims to balance the needs of all parties involved in cases related to financial failure and bankruptcy at the Dubai Financial Center.”

The statement pointed out that the law “will provide new procedures to deal with cases of mismanagement or misconduct, in addition to strengthening the rules governing liquidation procedures.” The statement did not specify the nature of the actions to be taken on bankruptcies.

In September, the UAE government passed a bankruptcy law that included “multiple procedures and options to avoid bankruptcy cases, including financial reorganization, bankruptcy protection and restructuring of debtor funds” to avoid access to liquidation and sale.

But the recent upsurge in defaults and the dislocation of debtors by many parties have negatively affected the transparency of investment in the UAE, particularly in Dubai, which was once a financial destination for many investors from around the world, according to a senior official at a regional fund operating in Dubai.

Investors’ fears are mounting that the economic sectors, especially real estate, trade, and aviation in the UAE in general and Dubai in particular, will be severely affected by the tensions in the Gulf region.

The central bank said the economy would grow by only 2 percent, not 3.5 percent, according to previous estimates published in March. The IMF expected the UAE economy to grow by 2.7 percent this year, up from 1.7 percent last year.

Last December, the Central Bank ordered banks to check the creditworthiness of their customers in the Union’s credit information database before issuing checkbooks.

The crisis in real estate companies in Dubai to banks, facing a catastrophic fate with the rising signs of rising financial stumbling and inability to pay debts, according to a Bloomberg report in January. NPLs are expected to rise this year, and banks will turn to mergers to maintain their competitiveness.

According to a statement on the official website of the ruler of Dubai, the new law introduces a “new system for the bankruptcy of debtors owners.”

Abraaj and its founder, Arif Naqvi, and a former executive are being investigated by the US Securities and Exchange Commission on fraud charges against investors, including Bill and Melinda Gates.

In April, the Dubai Financial Services Authority (DFSA) said it was in contact with the US Securities and Exchange Commission and was questioning Abraaj Capital on unspecified issues.

Abraaj’s former employees still have a financial entitlement of about $ 24 million for unpaid salaries and end of service benefits until July 2018.

The results of the UAE companies, which have been disclosed in the last few days, show that the losses of many companies exceeded 100% by the end of the last year 2018, revealing the dark landscape that hangs across the various economic sectors in the UAE.

Corporate losses have added to the economic stalemate, especially after international economic reports have revealed that banks in the UAE are cracking down as more and more firms are stalling.

Observers say the external involvement of the UAE regime in wars and aggressive interventions in several regional countries, especially Yemen, is a major cause of the worsening economic crisis that threatens the present and future of the country.