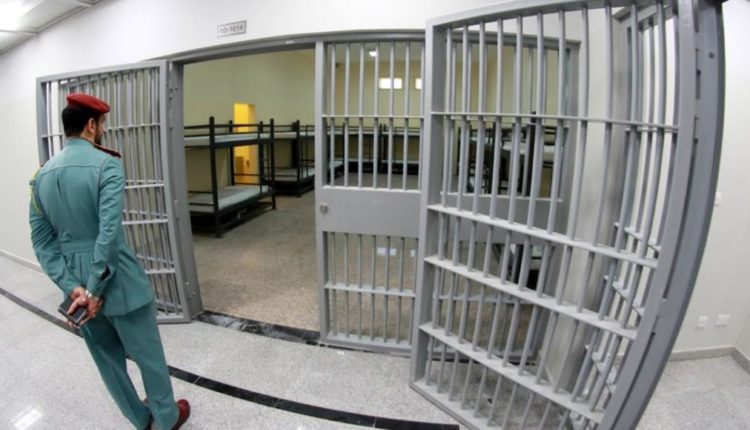 Maryam Sulaiman al-Balushi, a detainee in the United Arab Emirates, complained of being subjected to physical and psychological torture and ill-treatment during a new audio recording that was smuggled from al-Wathba prison in Abu Dhabi.

This is the second time Al-Balushi complains of torture and ill-treatment by UAE authorities, which ignore her and international human rights organizations calls to stop torture and improve the prisoners’ conscience’s detention conditions.

Al-Balushi said that the UAE authorities prevented her from family visits and physical therapy and extracted confessions from them.

In her latest recording, she stated that many women prisoners at Al Wathba prison were regularly beaten by prison guards, which forced some of them to commit suicide.

She is currently serving a five-year sentence for financing terrorism after she donated to a Syrian family during the civil war in the country.

A few months ago, the International Center for Justice and Human Rights published a voice recording of Al-Balushi who escaped from prison on Saturday 19 May 2018, speaking of torture and humiliating and degrading treatment at Al Wathba prison in Abu Dhabi.

In the recording, Al-Balushi said her health had deteriorated as she was “was draining blood because of malnutrition, lack of ventilation, ill-treatment by police officers and racism.” She also emphasized that any place the detainees asked to go, whether the library or the clinic, authorities allow them to do so only after a long struggle.” Her mother also received a threat from the security services that the prosecution will raise a new case against her daughter after leaking the suffering of women prisoners in the recording.

She added that after her arrest, she stayed by the State Security Department for 5 months. She was interrogated for 3 months under torture where she was beaten on her head. She was threatened with rape and prevented from women’s personal requirements. On April 12, 2016, she was transferred to Al-Wathba prison and there were several violations of her dignity and human rights in violation of the Federal Law No. 43 of 1992 on the Regulation of Punitive Establishments.

Al-Balushi also mentioned that police officer Rukia Abdel-Rahman deliberately ill-treated her while Major Mattar Al Balushi deliberately detained her in solitary confinement and denied her mother’s visits after she had traveled a long distance from Al-Kuala town to Al-Wathba prison and denied her from contacting with the family in violation of the right to family visits and contacting them.

The detainee also reported the spread of dirt and odors and insects and diseases in the prison Wathba and the overcrowding of prisoners in the room. The room, which cannot accommodate more than eight prisoners, they put eighty prisoners in which and the heat inside and the air conditioners are constantly falling. Prisoners suffer from the lack of healthy food and drinking water and clean blankets and lack of medical care necessary and caused by these poor conditions. Such conditions caused the spread of diabetes and blood pressure among the prisoners, which led some of them to commit suicide and others in a hunger strike in protest against degrading treatment and dignity at Al-Wathba prison.

Al-Balushi was arrested in 2015 while she was a university student. She was accused of “financing terrorism” because of her activity in supporting and donating to a Syrian family. Ever since she has been subjected to systematic abuse and due process violations regarding appropriate conditions of detention.

The first two cases were brought before the court in October 2016, while the second trial was in February 2017. Al-Balushi said the lawyer denied all charges for the lack of evidence and told the judge that the defect they found was insufficient and statements and confessions were under pressure and torture.

She added that the judge denied the torture without offering her to forensic medicine and sentenced her to five years’ imprisonment.

At the hearing, Baluchi complained to Judge Falah al-Hajri about Al-Wathba prison and told him that the officers beat the inmates and there were suicides. Her family and lawyers did not attend the hearing because they did not know its date, however, the judge supported the verdict.