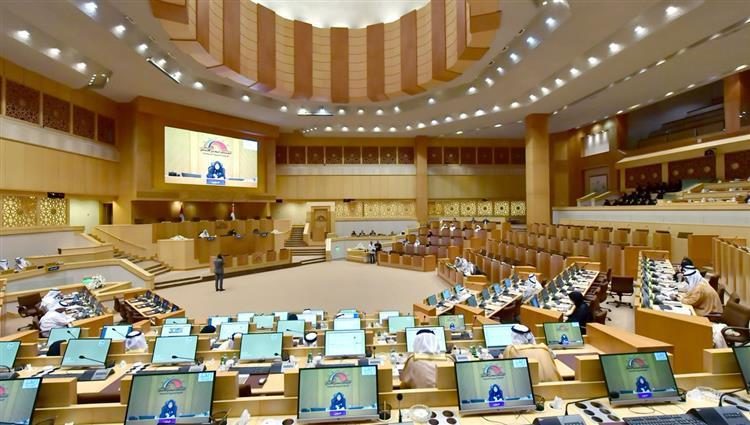 The UAE regime decision to raise the representation of women to 50% in the Federal National Council (the supposed parliament of the state) came to draw attention away to the popular claims and broad eligibility of the political role of the Council.

Observers confirm that the resolution is not in any way political empowerment and not within the program of the ruling regime, as much as it is within the agenda of the security services to derail the demands of the popular national council full powers.

A UAE English newspapers published the text of the president’s decision to raise women’s representation by 50% in the Federal National Council, considering it part of “promoting political development and empowering women.”

“This landmark decision marks a milestone in the UAE’s political development,” said Khaleej Times. It is also an important step in the political empowerment program announced by His Highness Sheikh Khalifa bin Zayed Al Nahyan in 2005.

The newspaper adds, “through a gradual approach, the program seeks to promote citizen participation in public life, strengthen the role of the Federal National Council as a supportive entity for executive power, help the Council to communicate with people’s issues and concerns, and promote the principles of consultation and proactive participation.”

Observers point out that the decision to remove representation is part of the coverage of violations suffered by women in the UAE and a new way of distracting from the rights of their active role in the country. The resolution also diverts the demands of the community to enable politics.

This comes at a time of opinion polls published in the official press in 2010, that 79 percent of UAE citizens want a national council full powers.

In March 2011, a reform petition was presented by dozens of intellectuals, academics, and journalists calling for the political empowerment program to proceed through comprehensive reforms of the parliamentary system of the Federal National Council. The demands included the free and full election of all members of the Council by all citizens and reforming the legislation governing its work so that it has full legislative and supervisory authority with the necessary constitutional amendments to ensure this.

But the security apparatus and those who support it in the authorities of the political decision decided to move away from the program of the head of state, dozens of arrests were signed in the petition and are still in prison today.

Although the establishment of the Federal National Council came with the declaration of the establishment of the state in 1972, stressing of the approach of the Shura, which was defined by the people of the UAE as an authentic practice of the relationship between the ruler and citizens, the Council remained without election, but through the appointment. Despite the power of subtraction and large meetings, where they speak boldly about the unity and the rights of citizens, it remained a consultant although it has great pressure. The role of the Council has gradually diminished until it becomes an adviser to discuss what the authorities are asking, not what the citizens demand.

Currently, half of them are elected through security lists. Voters and candidates were carefully selected.

In November 2018, government officials announced that the next election would include an increase in the number of eligible voters.

In the first time of the 2006 elections, 1% of Emiratis were allowed to participate in “elections and candidacy” according to lists prepared by the State Security Service in the 2015 elections, which had lists except for additions of only 10%.

The increase in the number of elected members or the status of half of the members of the Council from the UAE does not mean the role of the National Council or the expression of Emirati citizens, for two reasons: First, it is unreasonable to allow some citizens to run for election and to prevent others, even if one person was prevented, not to mention hundreds of thousands of them. This simply means the absence of justice and the government’s desire to control the results, discriminating between citizens on the basis of proximity to the security apparatus and diminishing the citizenship of other citizens.

The second and most dangerous reason for this increase is that the current constitution of the state needs a lot of amendments, the most important of which is giving the National Council a supervisory and legislative role instead of the current consultative role, which makes it impossible to resolve even if its members are elected 100%.