The UAE economy suffers a deep contraction of 5.2% during 2020

Central Bank expects that the economy will record a deeper contraction rate this year at 5.2%, worse than expected previously. 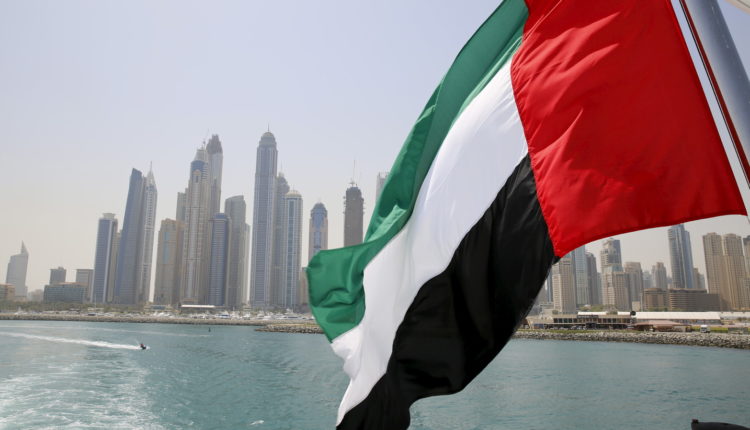 In its quarterly report, The UAE Central Bank revealed that the gross domestic product fell by 7.8%, after a contraction of 0.8% in the previous three months.

It added that the UAE economy had been affected by the general travel ban, while industrial production has shrunk due to supply chain disruptions. It limited export opportunities and declined in domestic demand, due to the repercussions of COVID-19 outbreak, according to Emirati media. This caused an unprecedented contraction.

These recent expectations contradict the estimates of the UAE Central Bank last June, which stated that the economy would likely witness a contraction of 3.6% this year.

Last month, Standard & Poor’s Global warned that Dubai’s economy was heading towards a contraction of 11% this year.

International reports had warned of the dual repercussions of COVID-19 and the collapse of oil prices on the UAE economy.

Last month, the UAE Central Bank approved new measures as part of attempts to aid the UAE economy due to COVID-19.

The bank said it approved a temporary easing of two basic liquidity requirements to encourage banks to lend more to companies and the business sector as part of the government’s economic stimulus plan to counter Covid-19 pandemic.

According to Reuters, the central bank said in a statement: “This measure comes as an additional step to encourage banks to enhance their implementation of the economic support plan, and support affected customers to face the repercussions of the Covid-19 epidemic.”

The Central Bank announced an economic stimulus package amounting to $70 billion to help the business sector and companies overcome the consequences of the pandemic. The central bank said in June that the economy was likely to contract 3.6 per cent this year.

The ruling regime in the UAE is deliberately manipulating to hide the state’s debts and the severity of the worsening economic crisis in it, threatening it with a gradual collapse due to official corruption and Abu Dhabi’s involvement in wars and foreign military interventions.

Recently, the Emirate of Dubai revealed the size of its debts, in contradiction with the estimates of analysts as well as international agencies that track the size of the debt in the world. This raises questions about the comprehensiveness of the announced data, according to what was reported by the American agency “Bloomberg”.

The prospectus that accompanied the planned Dubai offering of Islamic bonds and securities showed, on Monday, that the direct debt owed to the government amounted to 123.5 billion dirhams ($ 33.6 billion) as of June 30. This is represented about 28 per cent of the gross domestic product last year, according to Bloomberg.

But in a report in September, Standard & Poor’s estimated direct government debt at $65 billion, equivalent to 56% of GDP for 2018.

In May, Bank of America stated that debt reached an estimated 65.6% of GDP in the first quarter of this year, up from 47% in 2011, and warned that it is “likely to rise more”.

The dearth of timely statistics has made it difficult to obtain an accurate reading of the state of Dubai’s economy and finances. The emirate’s absence from markets has not helped researchers to obtain accurate figures, unlike its Gulf neighbours who have increasingly chosen debt issues in recent years.

Dubai has mostly sought to raise capital through private placements and bilateral loans.

The disclosure in the bond issuance prospectus did not succeed in providing a full picture of the emirate’s obligations, as there is no official information regarding the total amount, or the debt maturity profile of Dubai Government-related entities (GRE).

Standard & Poor’s analysts estimated, last year, these entities’ debt at $59 billion, equivalent to 52% of GDP for 2018.

Moody’s said Dubai’s GRE debt is concentrated in aviation and real estate, according to a report last April.

Bloomberg reminded that Dubai, just over a decade ago, needed a rescue plan from oil-rich Abu Dhabi to support state-controlled companies during the global credit crisis.

The government has revised budget revenues for the current year to 44.2 billion dirhams, according to the prospectus, down more than 30% from what it had originally envisioned. It also reduced its projected expenditures to 56.2 billion dirhams for 2020, leaving a deficit of 11.9 billion dirhams.

Dubai owes a total of $20 billion to the government of Abu Dhabi and the UAE Central Bank, an amount it has used to support strategic entities that have required financial aid.

According to Bloomberg, the Dubai government’s debts also include more borrowing to finance the expansion of the airports, in addition to the infrastructure needed to host the Expo to be held in the city. It has transferred 7.3 billion dirhams to the “Emirates Airlines” company since it stopped air travel due to the Coronavirus epidemic in March.