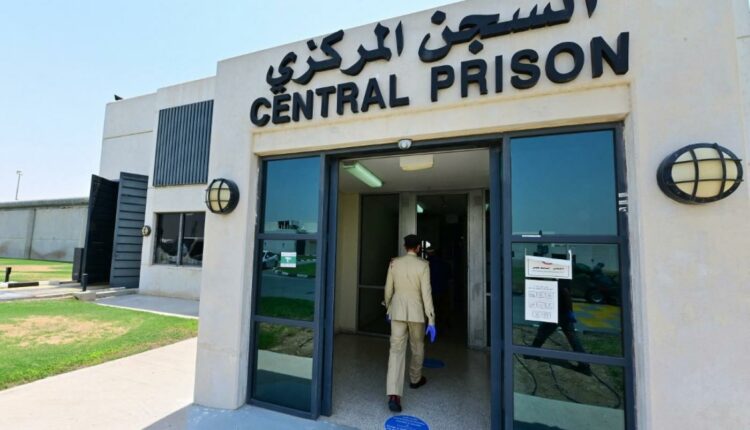 The European Parliament has called on the United Arab Emirates to immediately release three prominent human rights defenders and urged EU member states to boycott next month’s Dubai Expo in order to “signal their disapproval” of rights violations.

In a resolution adopted on Thursday, the parliament demanded the “unconditional release” of Ahmed Mansoor, Mohammed al-Roken, and Nasser bin Ghaith, as well as all other Emirati political activists and dissidents.

Mansoor was arrested in 2017 on charges of publishing false information and rumours, and using social media to “damage the country’s reputation”.

According to letters that were published online in July, the 52-year-old said he had been held in solitary confinement since his arrest, cut off from the outside world as well as fellow prisoners.

Roken, a university professor and human rights lawyer, was arrested in July 2012, and convicted in July 2013 over charges of “establishing an organisation seeking to bring about the government’s overthrow”.

He was sentenced to 10-years in prison and stood trial as part of a group that became known as the “UAE 94”.

Meanwhile, Ghaith, an economist, and human rights defender was arrested in August 2015 and jailed in March 2017 for 10 years over tweets that criticised Egypt, a key ally of the Gulf country.

Ghaith had tweeted a picture of a burnt building in Cairo on 11 August 2015, a few days before the anniversary of the killing of hundreds of protesters in Rabaa square.

In the resolution, which passed with 383 votes in favour, 47 towards and with 259 abstentions, the parliament criticised Mansoor’s prolonged detention and urged member states to boycott the upcoming World Fair in Dubai.

“In order to signal their disapproval of the human rights violations in the UAE, [the European Parliament] invites the international companies sponsoring Expo 2020 Dubai to withdraw their sponsorship and encourages member states not to participate in the event,” the resolution said.

Dubai has poured billions of dollars into Expo 2020, hoping the exhibition will generate new business and spur its economy amid a slowdown in growth due to the Covid-19 pandemic.

Hathloul was kidnapped in the UAE in 2018 and flown into Saudi Arabia against her will, where she faced a trial based on a loosely worded terror law often used to prosecute activists.

She was released in February after almost three years in prison but is subject to a five-year travel ban and other restrictions.