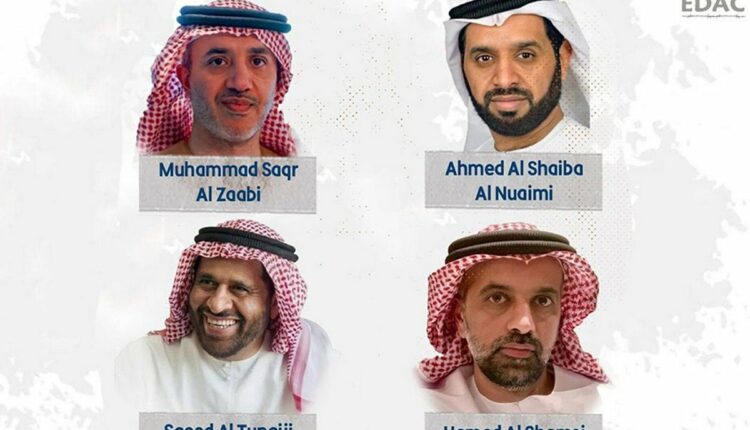 Authorities in the United Arab Emirates (UAE) have placed 38 individuals and 15 companies on a terrorism list, saying they are “keen to target networks linked to the financing of terrorism.”

The UAE seeks to curb the political and legal activities of these activists who document human rights violations in the Emirates, WAM reported.

The four opposition activists are believed to be part of a small group that survived the state security apparatus’ 2012 arrest campaign of dozens of academics, lawyers, community leaders and students calling for political reform. However, they were outside the country and then tried in absentia in a case known as the “UAE94”.

The four opposition figures had announced the formation of the “Emirati League Against Normalisation” more than a year ago and issued a statement calling the normalisation agreement with the Israeli occupation a departure from the principles on which the UAE was founded.