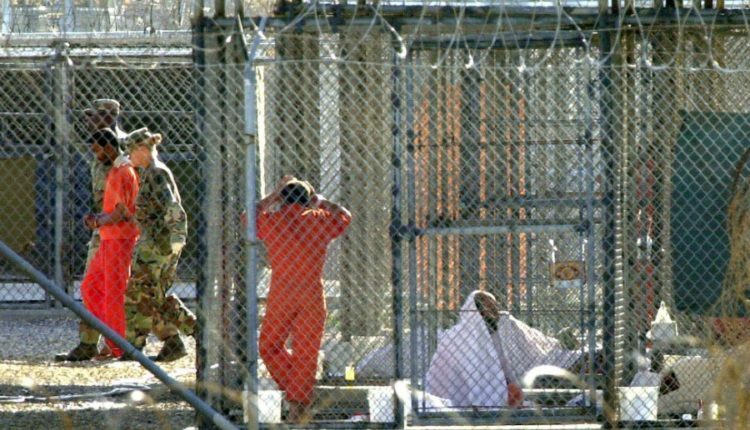 The organization said that the first group of the former detainees, consisting of six individuals, arrived Sunday at Al-Rayyan Airport in the city of Mukalla in Hadramout Governorate.

SAM stressed that this decision carries negative and incomprehensible connotations in light of the complexities that Yemen is experiencing and the deterioration of living and security conditions that do not allow the integration of these people.

The organization indicated that the UAE government violated its previous agreement with the United States of America, which provided for the resettlement of Guantanamo detainees and the improvement of their conditions.

SAM pointed out that the UAE government’s decision to deport the Yemenis is a repudiation of the implementation of what was stated in the concluded agreements and a disregard for international, moral and humanitarian norms.

Sam said that the timing of this decision and the political circumstances raise many questions about the consequences of the decision to deport the former detainees, especially since many lawyers and human rights organizations exerted great pressure on the UAE government to provide the humanitarian requirements for those detainees.

It also called on the United States of America to pressure the UAE to review its arbitrary behaviour against former detainees.

The human rights organization pointed out that the UAE government carries out the deportation process without prior coordination with any governmental, human rights and international agencies or the families of the detainees.

The Yemeni government issued no official statement regarding arranging the status of the deportees, which is a clear repudiation and flight forward on the part of the UAE authorities in fulfilling their previous obligations regarding Yemeni detainees.

SAM referred to what human rights experts at the United Nations said that the expected return of detainees to the homeland is a “forced return”, warning that such violations constitute a blatant attack on international laws.

Experts stressed that the detainees’ destination will be to a poor Arab country that has been devastated by a brutal civil war over the past six years, where torture and arbitrary detention are widespread in the networks of secret and official prisons run by different factions that control different regions of the country.

The human rights organization called for the urgent need to end the suffering of the former detainees in Guantanamo Bay without any conditions.

The organization called on the UAE authorities to comply with the legal and contractual obligations with the United States of America to integrate and resettle those Yemenis in the Emirates or in any country of their choice.

The organization also called on the Emirati authorities to enable those Yemenis of their fundamental rights guaranteed to them by international law through its multiple agreements, stressing the need for the UAE to allow these people to move and lead their lives usually without any restrictions.

SAM concluded the statement, calling on the international community, especially the United States of America, to move and pressure the UAE to implement the commitment it signed on to integrate Yemenis into Emirati society and work to ensure the implementation of that agreement by allowing those detainees to begin their normal lives without any conditions.