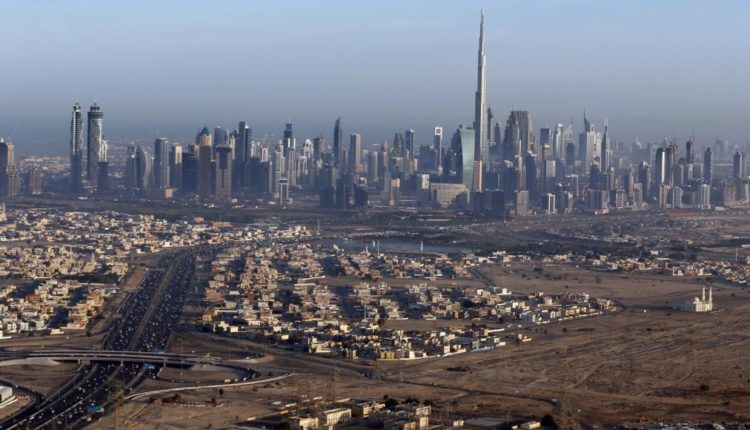 The UAE emirate of Dubai is witnessing a severe deterioration in its economy and its position on attracting investment amidst a huge downturn in its corporate business, at a time when next year’s Expo is expected to be disappointing.

Bloomberg, the US economic agency, said that Dubai’s $108 billion economies are still struggling to grow, but the crisis is becoming increasingly visible not only in the real estate sector.

Despite the emirate’s status as a commercial hub in the Middle East, companies are beginning to feel threatened and are revoking their licenses in the emirate. Private schools suffer from lukewarm student growth. While Dubai’s gross domestic product expanded last year at the weakest level since 2010.

According to data compiled by Bloomberg, the revocation of corporate licenses in 2018 is the highest in ten years.

Amid the pessimism of business owners in the emirate, Internet supplies can be indicators of the general investment mood. Internet access to companies declined by 2016 to -26.9 % in 2018, the highest decline ever.

In another sign, Dubai’s education industry is stumbling. This is another market under pressure. A report by consulting company, Knight Frank, in December said the sector was in a “turning point.”

Despite the government’s freeze on school fees, the number of students enrolled in private schools increased in 2018 at the slowest pace in at least seven years.

To real estate, which is the most suffering sector, while the availability of supply shows no signs of détente. According to data, property sales in Dubai have fallen by 42% since 2014.

Tourism, which is an essential part of Dubai’s economy, is no longer immune. The number of visitors has been almost stagnant since 2017. According to data from the Dubai Statistics Center, the number of tourists is increasing from 15.8 million in 2017 to 15.9 million in 2018.

“Dubai’s economy is still growing but the pace is easing,” said Ziad Daoud, chief Mideast economist at Bloomberg in Dubai. “The slowdown, which began with the fall in oil prices in 2014, has continued unabated through 2018.”

The emirate of Dubai was granted the right to host the “Expo 2020” in 2013, and the authorities, using official government propaganda, published very high expectations for what the country will achieve over the next seven years, and what the economic exhibition could achieve for the country during the six-month period between October 2020 and April 2021.

According to reports in 2013, the UAE’s hosting of the prestigious economic expo will increase the number of companies operating in the UAE in general and the emirate of Dubai between 2014-2020.

The expectations published by the press and foreign economic think tanks advising the authorities that the exhibition would be responsible for creating about 277,000 jobs in the UAE between 2013 and 2021.

But the data analyzed by Bloomberg for the Dubai Statistics Center indicate otherwise, between 2015-2018, the licenses of 20.9 thousand companies were canceled.

The closure of companies not only means losing it but also means increasing unemployment, leaving foreign workers from the country, a major part of the economy of the emirate. The departure also means empty offices and headquarters, causing property depreciation to increase supply. Their departure will mean a weakness in the education industry. Students will leave with their families.

In 2013, reports and consultations that were presented to the authorities said that the Expo 2020 will be moving in the real estate market and that demand will increase between 2014-2021. In addition, these reports provided assurances that the living standards would not be so high during the exhibition period and before.

Contrary to what was expected, Bloomberg reported in early April that real estate prices and rents in Dubai had fallen by a third in the past five years as part of what became known as the long-term downturn in the emirate’s economy.

The Dubai government has so far spent $ 40 billion on major infrastructure projects linked to the Expo, including $ 2.9 billion on a new metro line and $ 8 billion to expand the nearby Al Maktoum International Airport.

In a study published by Ernst & Young, the best expectations are that the exhibition will boost the state economy by $ 33 billion and spend $ 40 billion on the exhibition projects!

Overall, it is possible that the exhibition will produce a positive return for the UAE economy within six months of the exhibition, but it is not that the Emiratis and its residents have taken a deep interest in. The exhibition and other economic crises in several sectors may lead to a crisis similar to 2008.

The UAE needs a permanent review of its policies in all fields and the use of UAE, not foreign, consultants. The UAE people are more aware of their country. On the contrary, economist Nasser bin Ghaith, who had previously warned of the crisis bubble and bank crisis for years, was jailed and the UAE went to foreign advisers.