Emirates Leaks
Enter your biography or your site description here.

Enter your biography or your site description here. 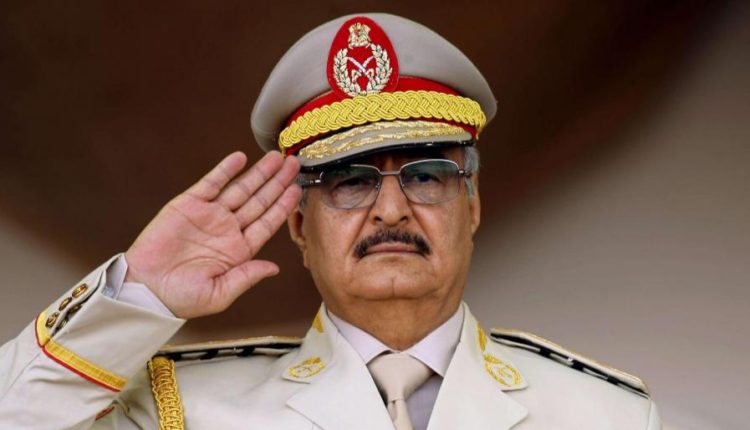 The United Nations plans to open an expanded investigation into the role of the UAE ruling regime in Libya by supporting Khalifa Haftar’s militias to spread chaos, disorder, and a coup against the internationally recognized government in the country.

The British The Independent newspaper said that the United Nations will investigate the arrival of the UAE weapons as a violation of the international embargo imposed on Libya on the export of weapons.

The deputy head of the United Nations Mission in Libya, Stephanie Williams, told the British newspaper that the mission is tracking reports on all weapons entering Libya, especially from the UAE.

“We’re tracking reports of all kinds of weapons or systems coming in. We have seen multiple reports of weapons flowing in. We are extremely concerned about this. This is not the kind of escalation we need. We need to minimize this,” the international official said.

Libyan officials and experts said there was a flow of arms into Libya and after checking the incoming shipments it turned out to be weapons coming from the UAE to support Haftar, who waged a war to take control over the capital Tripoli two weeks ago. Haftar issued a warrant to arrest Fayez al- Recognized by the United Nations.

Williams, a former US diplomat, said the UN panel of experts was investigating allegations of arms shipments from the UAE to support Haftar forces in eastern Libya on Friday, as well as allegations of weapons reaching Western forces fighting to defend Tripoli.

Williams warned that the Haftar attack had halted many long-term peace efforts, including attempts to defeat the influence and presence of militias in the capital, the dialogue between Haftar and al-Siraj, and a UN peace conference scheduled for this week in Ghadames.

The UAE used an Israeli hacking tool to spy on Yemeni…

In the recent days, videos spread on the social media sites of modern weapons of the forces of Haftar provided by the UAE, which seeks influence and hegemony in Libya and control of its capabilities and wealth.

Two days ago, the internationally recognized government in Libya announced an investigation into the UAE’s support for the Haftar militias and the violation of Abu Dhabi’s international arms embargo.

The newspaper says that Egypt, the security partner of the West, despite violations of human rights, and the UAE, strongly support Haftar because they view the government competition in Tripoli as belonging to the Muslim Brotherhood.

“They are going for it right now, so they’re going to put all their effort into it,” said Theodore Karasik, a researcher at Gulf State Analytics, a Washington consultancy. “The question is whether or not they’re going into overstretching.”

The former political adviser to the Supreme Council of the State of Libya, Ashraf al-Shaheh, said that the UAE, Saudi Arabia, and Egypt had supported Hafter in all attacks against the Libyan people and described these countries as “Arab tyranny.” He accused them of seeking to impose a new tyrant in Libya.

Al-Shaheh revealed in televised statements about the role played by the Egyptian and Emirati ambassadors, who were rejecting any formula stipulating the civil rule of Libya in the Skhirat negotiations in 2015.

He went on to say that after the failure of the efforts of Egypt, the UAE, and Saudi Arabia to block the agreement on the Libyan state, they entered into Libya and pushed their arms to fight the Libyan people and try to control the government by force.

He stressed that Haftar wanted to reach power in any way, and do not want a civilian authority, supported by the support of his ally the UAE.

An international petition against butchering pets in Dubai

Exclusive: The Emirates lobby in Brussels incites against…