Reuters: The UAE moves forward in strengthening its relations with Israel despite its crimes against the Palestinians 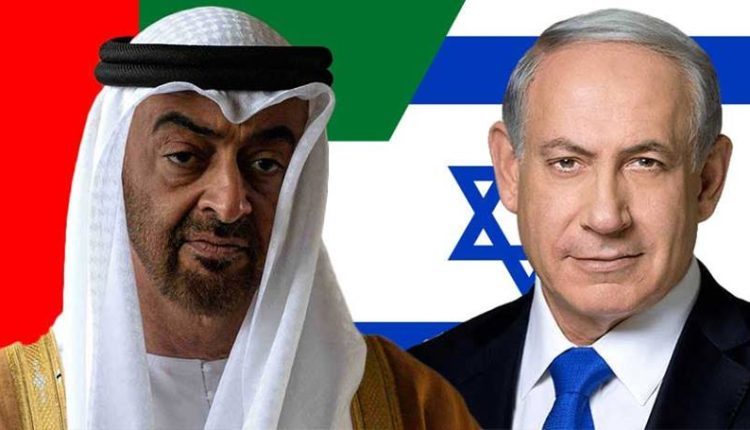 Reuters news agency said that the UAE is moving forward in strengthening its relations with Israel, despite its crimes against the Palestinians.

“The United Arab Emirates is pressing on with plans to further ties with Israel, but with much less fanfare since last month’s bloodshed in Gaza and what Arab states have described as Israeli provocations around Jerusalem’s al-Aqsa mosque.”

The formal opening of the UAE embassy in Tel Aviv, the inking of a bilateral tax treaty and a plan to open an Israeli economic attache office in Abu Dhabi were this week reported in Israel.

But those events were not announced by UAE authorities or covered by the tightly-controlled local media.

The UAE had touted the budding relationship, with every memorandum of understanding, virtual conference and deal receiving wide coverage since it and Bahrain signed U.S.-brokered pacts to forge ties with Israel in September.

But analysts say the bloodiest Israel-Palestinian hostilities in years have shifted the spotlight away from the comfort zone of economic benefits, as well as offering global investors a brutal reminder of the ethical choices they make in exchange for parking money in Israel.

Asked by reporters at a UAE-Israel investment conference, Israeli envoy to the UAE Eitan Na’eh said on Wednesday that “publicity will come when it’s suitable”, while the UAE foreign ministry did not immediately respond to a Reuters request for comment on this week’s muted coverage.

The U.S.-brokered accords have propelled tourism, investment and cooperation in fields from energy to technology – though efforts to expand social ties may take a back seat, at least in the near term, due to the Gaza conflict.

“It revives Arab and Islamic solidarities, setting back the project to recenter political identity on nationalism and interfaith engagement,” wrote Kristin Smith Diwan of the Arab Gulf States Institute in Washington.

Meanwhile, the Hebrew newspaper Maariv published a report highlighting the Israeli-Emirati emphasis on the strength of relations between the two parties, regardless of changes in Israeli governments.

The newspaper quoted an Israeli diplomat as saying, “The existing relations between Israel and the UAE will remain strong, regardless of the identity of the Israeli prime minister, and even if Prime Minister Benjamin Netanyahu is replaced by right-wing party leader Naftali Bennett, or any other leader.”

Eitan Naeh, the Israeli ambassador to Abu Dhabi, added, in his speech during the World Investment Forum sponsored by the Jerusalem Post and Khaleej Times Emirates said that “when he arrived in the Emirates, his hosts brought him there a “cake” to welcome him, and they wanted to listen to what I would say. Even if they don’t agree with everything I’m talking about, it needed to be at least possible so we could hear each other.”

In his speech to the Israeli and Emirati audience, he pointed out, “at a time when it seems that 12 years of Netanyahu’s tenure as prime minister may be about to end, relations between Israel and the UAE can face any future challenge, with evidence that they signed an economic agreement, and it will follow.” Other agreements with other countries, and now the private sector in the two countries has been placed in the eyes of the leaders of the two countries for further prosperity and cooperation.”

He concluded by saying that “in December alone, some 85,000 Israelis visited Dubai, although it is really hot there in the summer, so the Israelis can come here, and soon, with the removal of Corona restrictions, UAE citizens will be able to visit Israel.”.

On the other hand, Emirati official Ali Al-Nuaimi said that the normalization agreements with Israel “are not history, but rather are our future.”