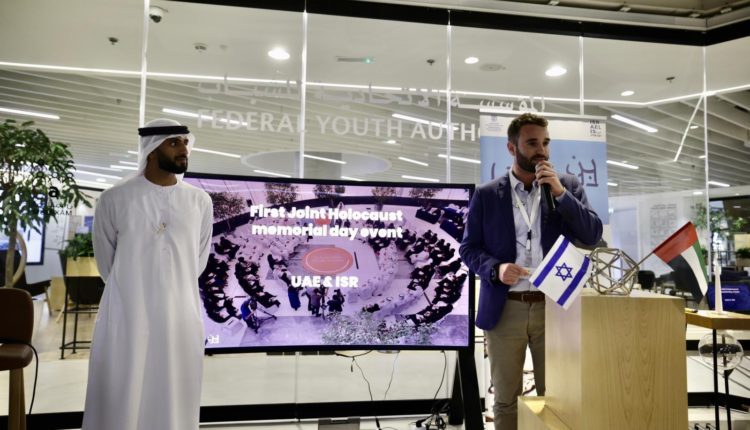 Israeli officials revealed that the trade between the Emirates and Israel, under the normalization agreements between the two sides, exceeded half a billion dollars.

The officials said that trade relations between the UAE and Israel are on an upward trend, in light of Abu Dhabi’s keenness to consolidate ties with Tel Aviv.

The UAE hosted a trade forum to strengthen relations with Israel last week.

“We are talking at about half a billion dollars so far” in trade exchange with the UAE, said the deputy mayor of the Israeli municipality in Jerusalem and one of the founders of the UAE-Israel Business Council, Flor Hassan Nahum.

“A few months ago, the figure was at $300 million, and I think that’s given a boost in the last few months,” Nahum added on the sidelines of the forum.

The Israeli official confirmed that talks with the UAE continued rapidly despite the recent tension events in the Palestinian territories and Israel’s war on the Gaza Strip.

The UAE and Israel hope for an agreement to publicize normalization between them last September, with the mediation of the United States of America.

It came after many years of secret cooperation between the Emirati regime and successive governments in Israel.

UAE Minister of State for Foreign Trade Thani bin Ahmed Al Zeyoudi said that Israel and the UAE signed about 25 agreements in more than 15 sectors during the investment forum.

Reuters: The UAE moves forward in strengthening its relations with Israel despite its crimes against the Palestinians