New evidence: Weapons of Yemeni militias accused of war crimes will be presented at Abu Dhabi 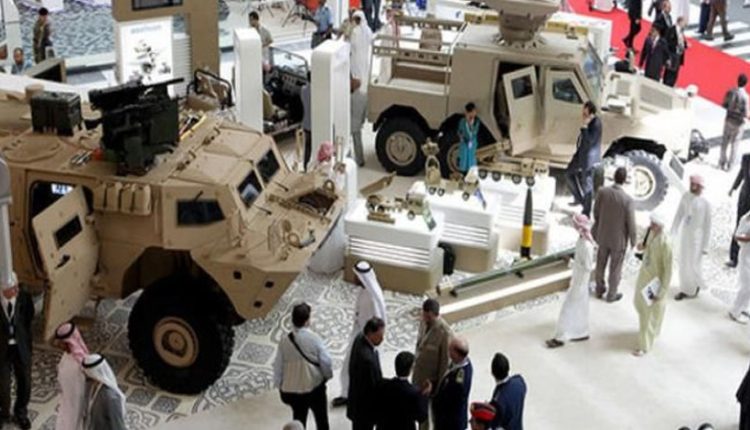 One of the Belgian machine guns, known to have been used by a Yemeni militia in the Hodeidah attack, will be among the weapons to be displayed at one of the largest weapons exhibitions in the Middle East in Abu Dhabi this weekend, Amnesty International said.

According to the promotional material for the IDEX 2019 – IDEX2019, which will be held in the United Arab Emirates, a Minimi submachine gun will be among the thousands of weapons available for sale.

FN Herstal manufactured the weapon in the province of Wallonia, Belgium; it is one of a group of weapons handed over by the Belgian Walloon authorities to the Saudi-UAE-led coalition in recent years for use in Yemen’s armed conflict.

An Amnesty International investigation last week documented the use of the same type of weapon by the “Giants brigades”, a Yemeni militia supported and armed by the United Arab Emirates, but not accountable to any government.

Patrick Wilkin, a researcher at Amnesty International’s Arms Control and Human Rights Program, said: “It is surprising that FN Herstal delivered the Minimi machine guns to the UAE after we revealed how the UAE nationals gave this weapon illegally to Unaccountable militias in Yemen.”

“The Belgian authorities and FNH Herstal should not sell more arms to any forces fighting in Yemen, especially the United Arab Emirates—the same country that leaks weapons recklessly to the fighting forces, some of whom commit war crimes in Yemen,” he said.

“We are keen to see the results of this investigation soon,” Philippe Hinsmanns, director of the Belgian branch of Amnesty International, said in French. “We hope that this will lead to policy changes that make Wallonia consistent with its international obligations. Under the ATT, and the EU’s common position on arms exports, Belgium has legal obligations not to transfer arms to coalition forces fighting in Yemen.”

According to publicly available data, since the outbreak of the conflict in Yemen in March 2015, Western and other countries have provided the UAE with at least $3.5 billion worth of weapons. This includes heavy conventional weapons—aircraft and ships—light arms, light weapons and spare parts, and associated ammunition.

The International Organization noted that under the Arms Trade Treaty and the EU’s common position on arms exports, Belgium has legal obligations not to transfer weapons to the coalition forces fighting in Yemen. Any State that does so demonstrates that the funds are stronger than its declared commitment to international law.

According to the organization, although the United Arab Emirates and the militias it supports are involved in war crimes and other serious violations, the following countries have recently supplied arms to the UAE: Australia, Belgium, Brazil, Bulgaria, the Czech Republic, France, Finland, Germany, South Africa, South Korea, Turkey, the United Kingdom and the United States, among others.

The manufacturers of weapons and defensive weapons from all the above countries are displaying their goods at IDEX 2019 – IDEX2019.

The recent Amnesty International investigation documented some of these weapons in the hands of the “Giants brigades” and other unaccountable combat forces in Yemen, including the “security belt” and “elite forces”. These groups are a disaster for Yemeni civilians, thousands of whom have already been killed, while millions more are on the verge of famine as a direct result of the war.

“The ongoing massacre of civilians in Yemenو including by the Saudi-led coalition, the United Arab Emirates and the militias backed by it, should make all countries seriously stop supplying these weapons,” concluded Patrick Wilkin.

Amnesty International’s campaign has called on its supporters around the world to demand that all states halt the flow of weapons that fuel war crimes and gross human rights violations in Yemen.

The International Defense Exhibition and Conference (IDEX-IDEX) will be held from February 17 to 21. It is held every two years in Abu Dhabi, the capital of the United Arab Emirates, and describes it as one of the largest arms markets in the world.

More than 1,300 exhibitors from 62 countries will participate in the IDEX exhibition and its partner exhibition, NAVDEX. Exhibitors include other arms manufacturers whose goods were seen in the hands of unaccountable militias in Yemen, including the Bulgarian small arms manufacturing company Arsenal, Oshkosh and Navistar Defense, Armored Corps.